My Memories of Mrs. Gloria Langston 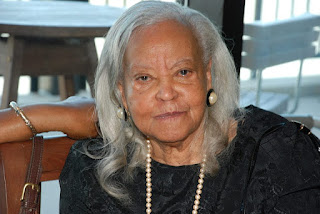 I’ve known Mrs. Langston since I was 16. That’s when I started working at WDKX Radio as an intern. I didn’t work with her often, but would often type letters for her or do filing. I knew I had to be on point whenever I worked on something for her.  She was my boss then, but it wasn’t until I or year or two before I moved to Phoenix in 2002 that our friendship began.

I would often see her at the station while I worked on several events. I would help her with using the computer, but we never quite mastered text messaging. I helped in staging a property she was selling (yes, she was a realtor) and hired her as my realtor to sell my house prior to me moving to Phoenix. When she came to Phoenix for a National Toastmasters event, I moved into the hotel with her and accompanied her to all the events so she wouldn't be alone. We had such a good time! She loved the mountain views from her balcony. 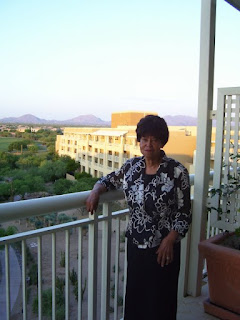 Once I moved back to Rochester in 2008, we became very close. I attended Toastmasters with her many times. I do think she was a little disappointed I didn’t join. We would often go to the movies and always went out to eat after. Movies! I always loved going to the movies with her because she would yell at the screen! I’ll never forget seeing the movie The Wrestler with her. She was cursing at the screen in her very strong Jamaican accent. I laughed until I cried! 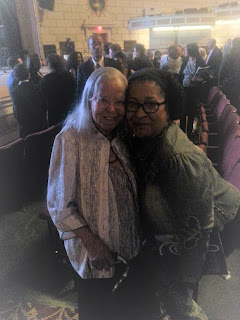 A few years later, Andre hired me to cook dinner for his mom and dad 4 days a week. I would shop for groceries after asking them what they wanted the following week. Mr. Langston always asked for salmon croquets and sweet potatoes. She would always tell me to make whatever I wanted. Then there was the day I attempted to make curry chicken for her. Once she ate it, she told me to never try that one again! Lol!

A few years went by and my schedule became very busy, so I no longer cooked for them, but would drop off a sweet potato pie occasionally. I did keep in touch with her though.

While living downtown, I informally adopted a young man who needed someone to assist him since he was all alone in Rochester and going through some things. Where I lived at the time was a studio apartment and the lease only allowed one person to a unit. He moved in with me and it didn’t take long before the management company found out he was living with me. I either had to kick him out or find a new place to live immediately. I chose the latter, but had no idea how I would find another place to live in such a short time. Mrs. Langston to the rescue.  She allowed us to live in the Langston family house that was vacant until I could find an apartment. 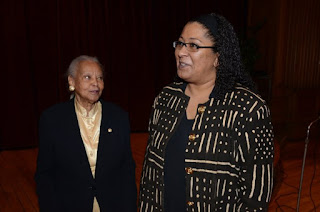 Those are just a few reasons why I loved this woman! I even loved watching her and Andre fighting! It was totally done in love and I don’t think their day would be complete without it. And know this…..Andre took amazing care of his mother, especially after Mr. Langston passed.

My sincere condolences go out to Andre, Andria, Wendy, Camy and the entire WDKX family.

For the last time, Mrs. Gloria Langston has made the Dean’s List. Rest well my friend.

Popular posts from this blog

My Dream Trip On Amtrak 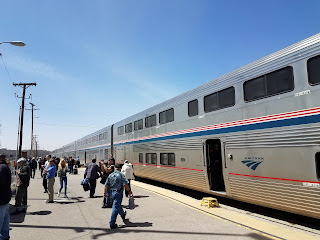 Dean's Dream Trip Those of you who know me know that I always lived a very active lifestyle and one of the things that I loved to do was travel. The last trip I took was in September 2013. I started a new position, was taking care of someone who was ill and moved into a new place. All of that activity led me to November of 2014 where my life totally changed. So here I am in 2017....4 surgeries later, a back brace, cane and a spine full of titanium! I haven't worked in over two years (a first since I was 16) and living on monthly disability checks which amounts to a fraction of what I usually make in a month. I've been saving my pennies over the last year to enable me to do something to lift my spirits.  Once I received the OK to travel, I decided to fulfill a lifelong dream...... For as long as I remember, I've always wanted to travel cross-county on the train, in a sleeper car. I had the money, but never had the time. I was always in a rush to get to my desti
Read more

Looking For A Hot Tub Salesman 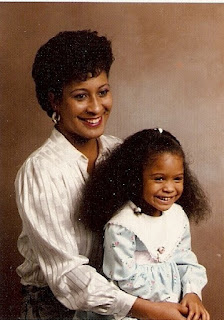 I originally wrote this in 2001 for the Democrat & Chronicle while serving on the Board of Contributors. My daughter was getting ready to start her senior year in high school We all remember that TV commercial a few years ago that showed  the  man riding on a shopping cart down  the  aisles of a office supply store.  He was celebrating  the  fact that his kids were going back to school.  All parents know that  the  closer September gets every year,  the  happier we become.  Summers can be a very stressful time for parents.  Trying to find activities to keep kids busy and safe can be almost impossible at times.  Fact is, school is out, but work goes on.  Every year, I have taken  the  first week of school off as vacation from my job just so I could exhale. Now, do you also remember  the  TV commercial for  the  same office supply company where  the  parents are measuring their child’s room so they can install a hot tub?  I always smiled when I saw that commercial because
Read more